'Only Just Begun' was a solo exhibition at Factory 49 of paintings and paper and cardboard works.  All of the works were derived from my paintings of squares and circles that I have been calling 'One & the Same'.

The painting consisted of 16 panels on which the small square and circle motifs were enlarged and broken up over separate canvas; the paper work did the same thing, but was constructed from cut out coloured pieces of paper, and the cardboard works played with a range of possibilities using shape and colour.

Each work is constructed from a random layering of elements, with the panels being hung in a random (grid) arrangement - each hanging could see the pieces being arranged in a different order, yet the result would probably appear much the same...


From the catalogue -
On the surface it would seem that making paintings that only consist of circles and squares would be very limiting – seen one, you’ve seen them all.  But then you change the colours, change dimensions, play around with materials – the permutations within the boundaries are limitless – we’ve only just begun... 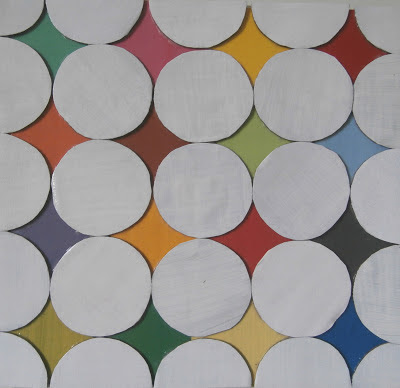 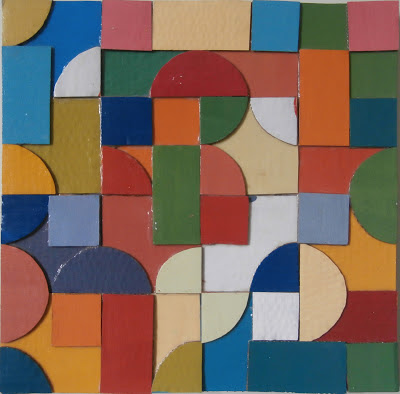 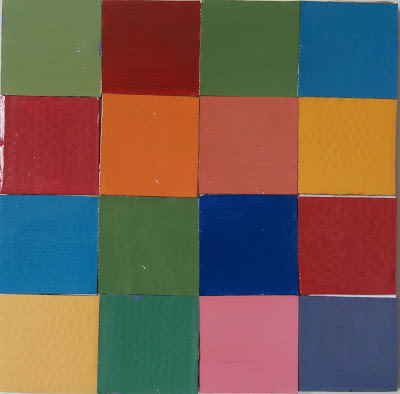 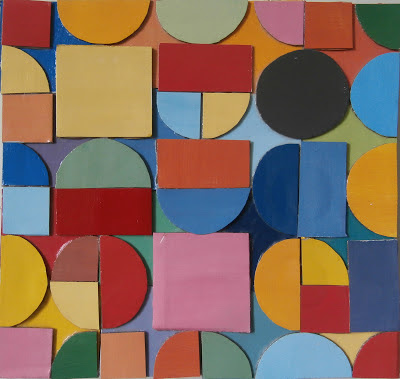 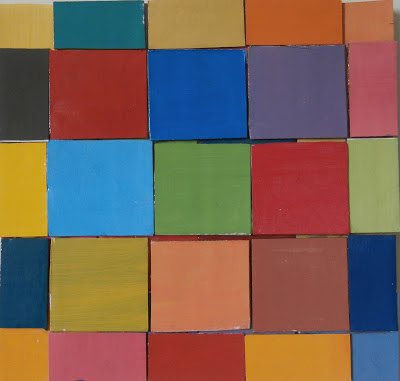 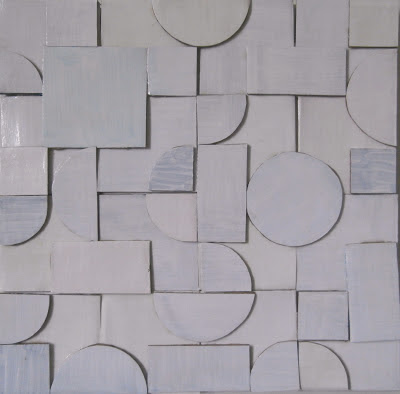 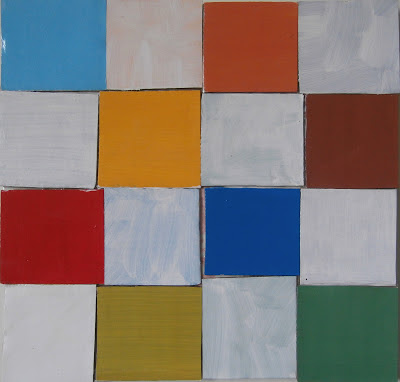 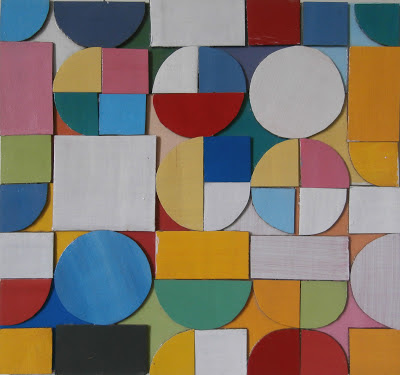 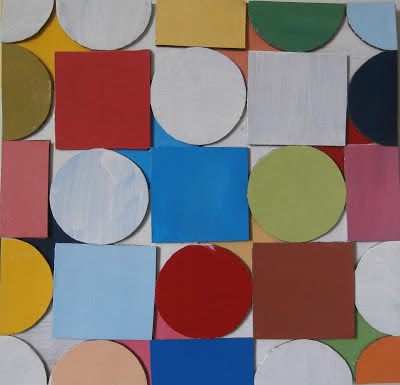 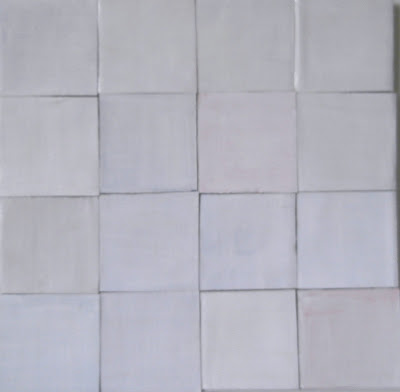 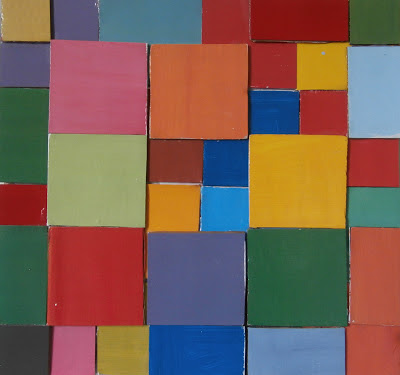 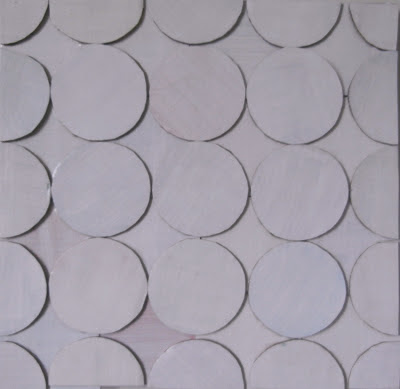 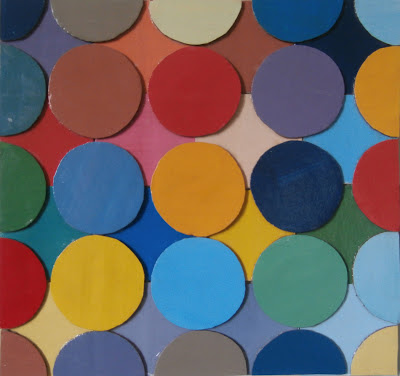 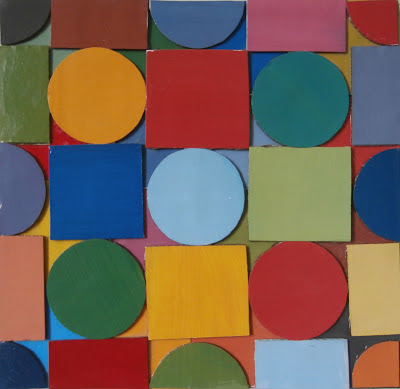 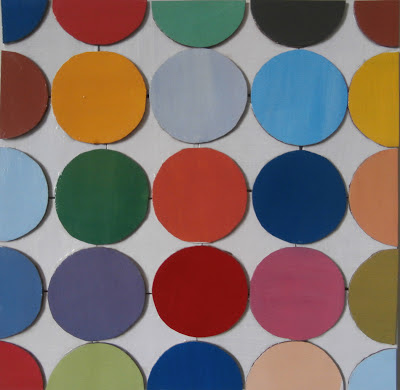 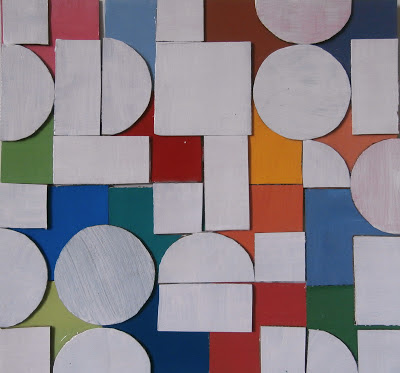 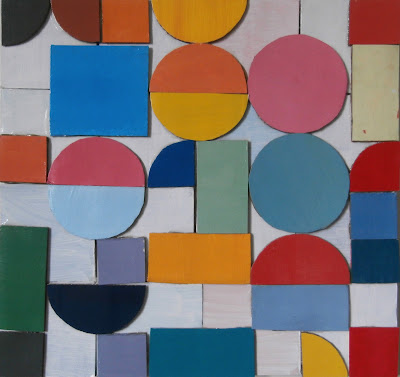