I entered the 'Large Cube' into the Liverpool City Art Prize and won the 'Three-Dimensional Prize'!  Here is a picture of it at the opening - 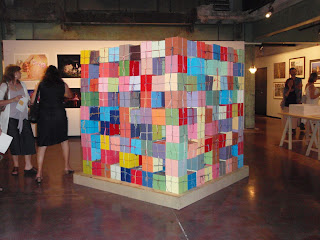 I also had a small cube sculpture accepted into the 2009 Woollahra Small Sculpture Prize.  It was called 'Cardboard Cube #3 That's How the Light Gets In' - it didn't win... 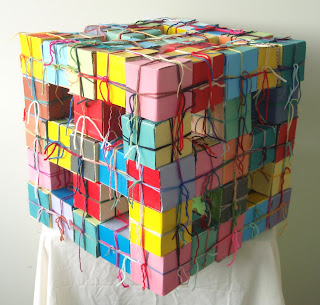 In it's previous two incarnations the 'Large Cube' had been put together in the space it was to be exhibited, but it had to be delivered as a completed work for the Liverpool Art Prize. Pam Aitken kindly let me assemble the cube at Factory 49 as I did not have the room to make it in my studio. But then I had to transport it to Casula... Joe from the Biscuit Factory provided a forklift for it to be hoisted onto the back of the ute and Mick drove it out there along the M5 ...he only got pulled over by the police once.... 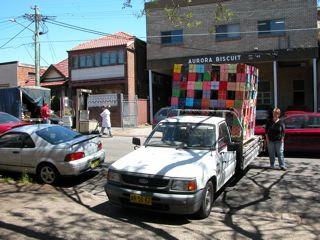 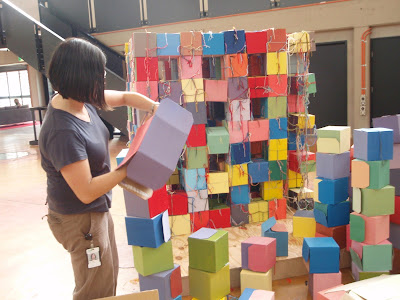 Posted by Kate Mackay at 6:08 AM No comments: