SOUTH was a gallery run for a couple of years by Simon Barney and Chris Fortescue in Surry Hills.  PIN was an exhibition where 65 artists where invited to create a collaborative work on the gallery walls using pins.  I don't have any images of the finished work - there was talk of a video being made - I wonder if it's out there?.... 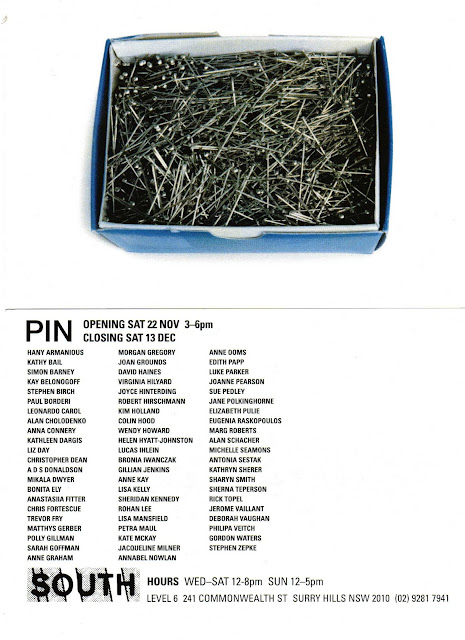 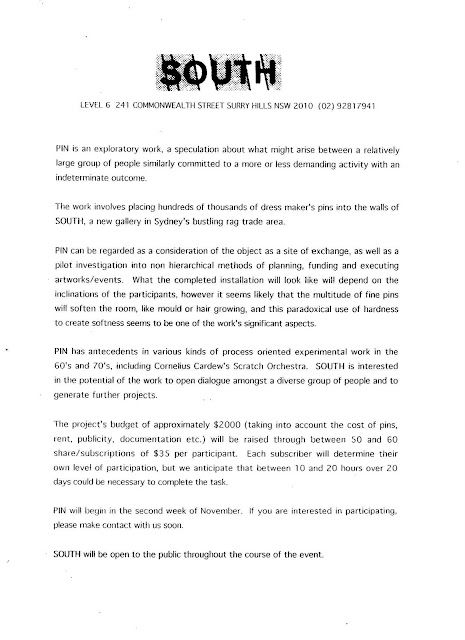 Posted by Kate Mackay at 9:48 PM No comments:

'Ornamentalism' was curated by Andrew McNamara at the IMA in Brisbane.  It included the work of Tony Clark, Debra Dawes, Kathleen Horton and Amanda Speight, Anne-Marie May, Helen Nicholson, Elizabeth Pulie, Bruce Reynolds, Constanze Zikos and myself.

There was a catalogue published by the IMA and Power Publications that included essays by Andrew McNamara, Michael Carter, Toni Ross and Keith Broadfoot.


Andrew McNamara wrote in the Introduction - 'The impetus for this project arose from observing how prevalent a theme ornament has become within contemporary art....As an art historian, I find this intriguing, if for no other reason than ornament has had a stigma attached to it for much of the twentieth century.  So one might ask what is the significance of this engagement when the ornamental is no longer strictly taboo?'

The work that I exhibited consisted of 15 paintings and 15 metal castings.  The imagery came from the same source as the small works on paper that I had exhibited at the Performance Space in 1995.  The paintings were oil on canvas, while the metal works were castings of the paintings

He wrote of my work - 'Kate Mackay's work also also contains architectural overtones.  She arranges her works into vertical strips that redouble (or echo) features of the space in which they reside (for instance in a doorway), but each work itself is also formed by a process of redoubling.  If ornament is a form of enhancement, then her work enhances enhancement.  Each piece is built up in multiple layers and this process is then repeated piece by piece, medium by medium to form two columns.' 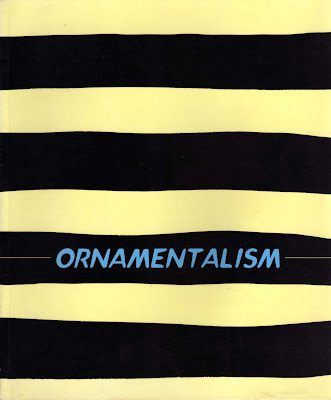 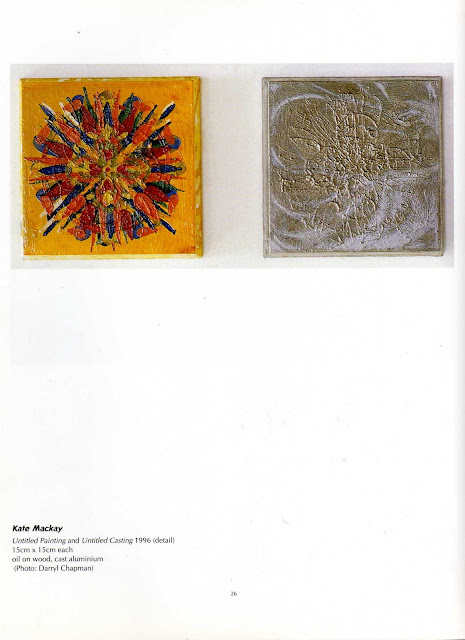 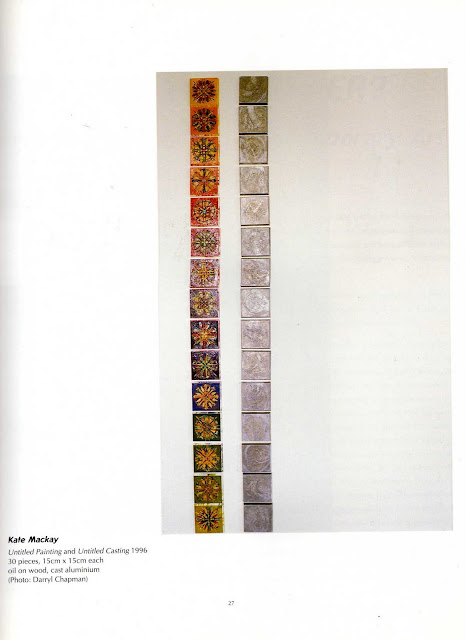 Posted by Kate Mackay at 8:30 PM No comments:

'ART SUPERMARKET-a promotional show for ART EXCHANGE' was organised by Rohan Stanley to kickstart an Art Rental scheme that he wanted to promote - unfortunately it didn't take off...

I exhibited some of the works on canvas and castings from my previous Tin Sheds show, as well as the matching works on paper that I had shown as part of an ARTHOTLINE project. 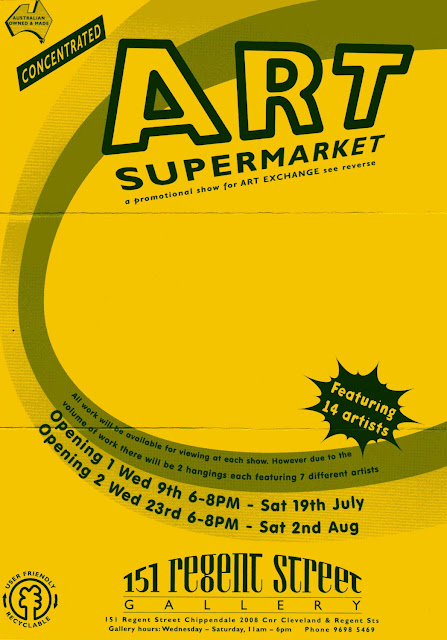 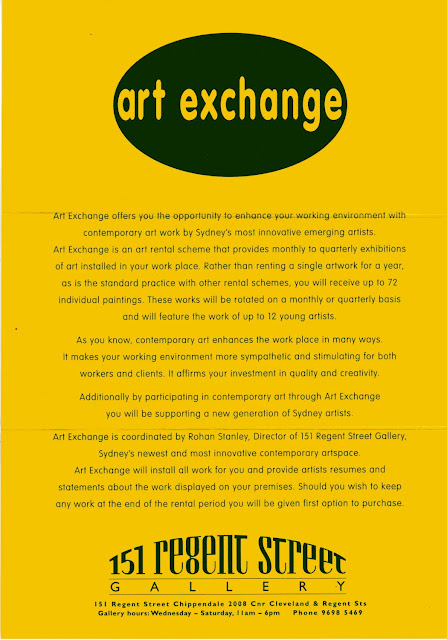 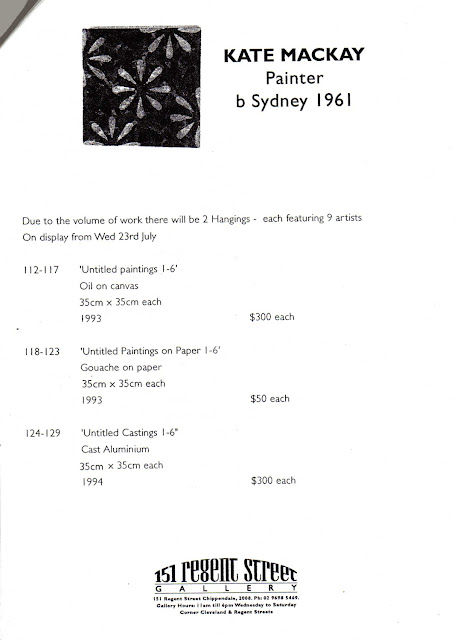 Posted by Kate Mackay at 9:31 PM No comments:

The exhibition that Richard Dunn curated at the Sherman Gallery in Sydney travelled to 1st Floor Gallery in Melbourne in 1997.
Posted by Kate Mackay at 10:14 PM No comments: 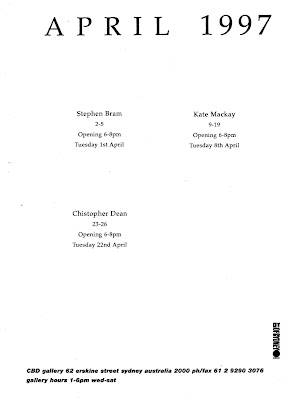