BLACK was a gallery space run by Mikala Dwyer  - it was in an architects office in Surry Hills.  It ran for 1 or 2 years (?) and had a number of interesting shows.
Because it was an architect's space I decided to create works that related to the architecture...  There was a section of wall that jutted out over the stairwell - my 2 paintings were made to fit onto the length of this piece of wall,  they were thin to mirror the stair handrail, and they were positioned so that they sat on top of  the hand rail when viewed from the gallery entrance.  The imagery was 5 strips of patterns that I had used in previous work, but here they were all layered on top of each other in various strengths of gold and silver pigment mixed into clear oil. 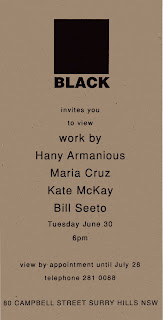 Posted by Kate Mackay at 4:21 PM No comments:

Memos was an exhibition curated by Jo Holder at Mori Gallery that paired 6 writers with 6 artists.

"The title was suggested by Italo Calvino's Six Memos for the Coming Millenium.  In this, his final novel, Calvino suggests that one may aim to establish a series of values with which to meet so symbolic a date. The selection of artists was guided by Calvino's eclectic and heterogeneous literary values: lightness, precision, visibility, multiplicity and consistency" Jo Holder, Memos catalogue


The main work that I exhibited consisted of 4 large paintings - Detail I-IV, surrounded by 12 small works - Detail 1-12.  The response to my work was written by John Sandow in a piece called Yellow Mood in which he responded to a small yellow painting that was 1 of 3 (the other 2 being Blue and Red, of course...).  As usual, I no longer have these works, and have no photos of them, except for the black and white reproduction in the catalogue - but they were basically the same image of a stylised flower from a piece of wallpaper, rendered in red, blue and yellow.

The Detail work took it's imagery from 4 different German carpets from about the 16th century.  Each of the large works reproduced the patterning from the carpets.  Each of these paintings were underpainted with various colours, which were then overpainted in white, so that most of the colouring disappeared.  The 12 small paintings took further details from the larger paintings, with these paintings being brightly coloured. The 4 large works formed a 2 x 2 grid with the 12 smaller works hung randomly around the central works 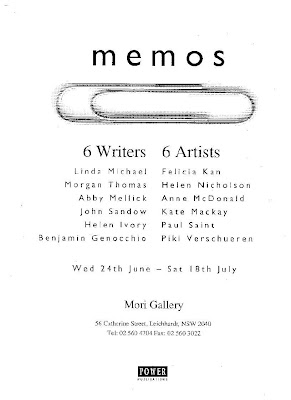 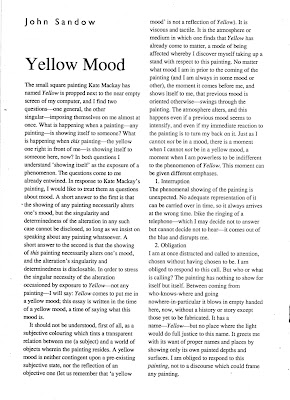 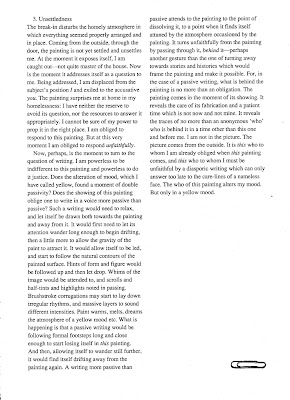 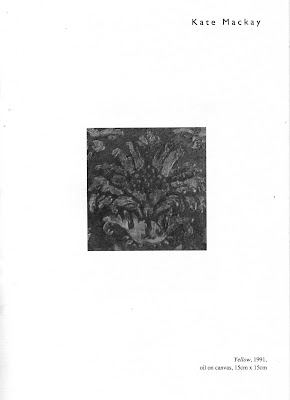 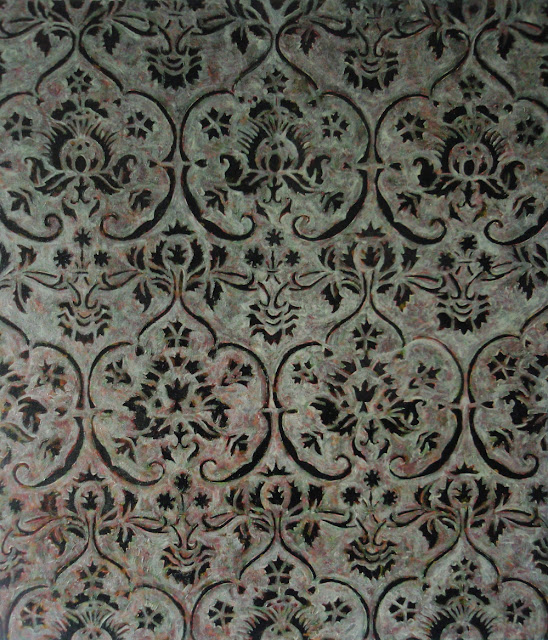 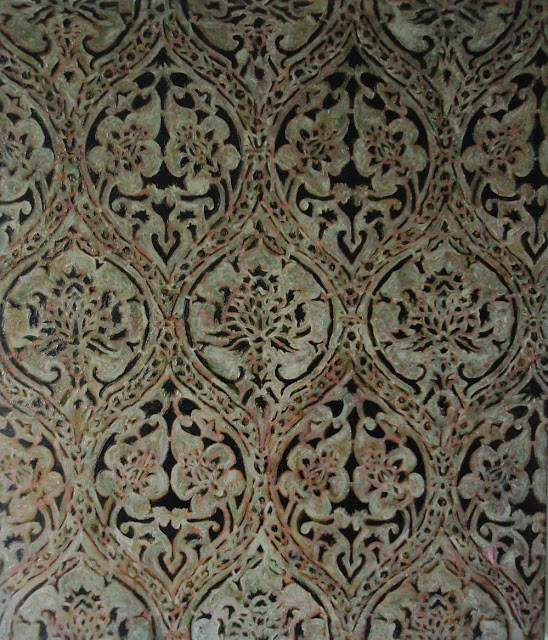 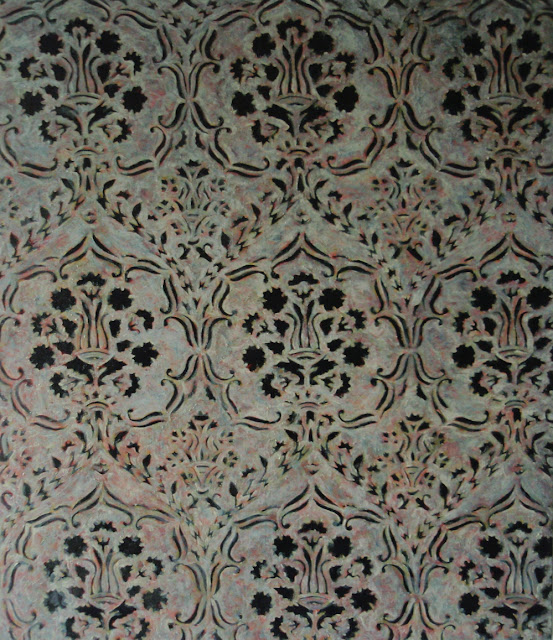 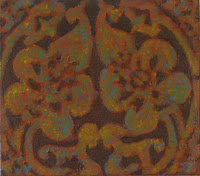 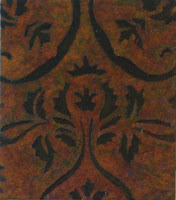 Posted by Kate Mackay at 1:52 AM No comments: