CBD Gallery was at 62 Erskine Street, Sydney - in the premises formerly known as W.I.N.D.O.W.  It was co-ordinated by David Thomas.  Below is a copy of the gallery's rationale - 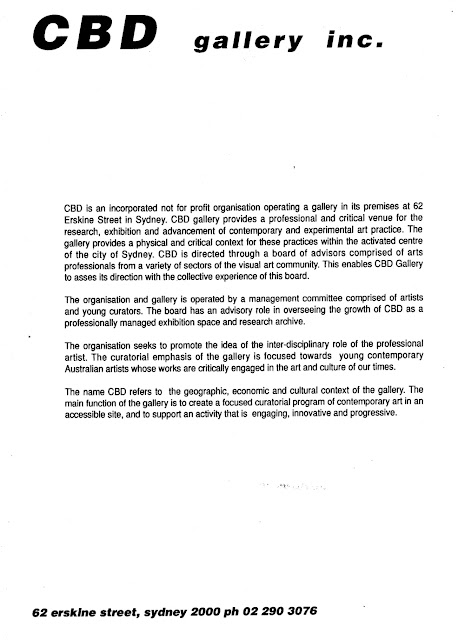 My show was called 'Same Paintings'.  It consisted of 3 paintings - 2 small and 1 large - all constructed from the same stencil patterns.  I had been working on a number of the smaller 'Same Paintings' - using the same stencils in different orders with different colour combinations - these would later be all exhibited together.  I liked what was happening when the stencils overlapped in the centre of these works and started a series of large paintings using these small stencil patterns repeated in a grid pattern over the surface.

Below is one of the smaller paintings - the large painting was initially called 'Yellow Painting 1', but that later became 'Same Painting Yellow' as I went on to make 8 versions - one each of red, yellow, blue, green, orange, purple, black and white.