This was my third ARTHOLINE event.  The work was a 7.5m length of semi-transparent fabric onto which I had stencilled the overlapping decorative imagery that I had been using in a number of my works.  The 'banner' was tied onto a white concrete 'geographical marker' that sits on the edge of the Clovelly headland.   This was a spot where I often walked the Zephyr dog... 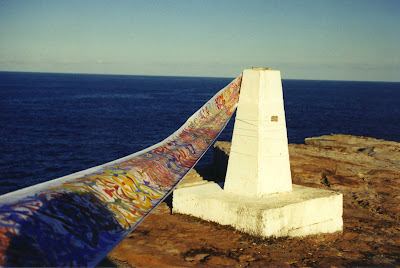 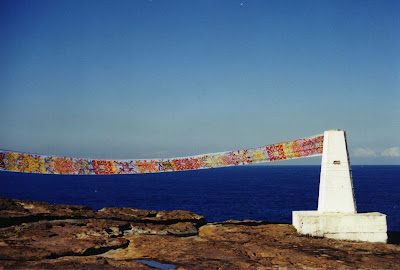 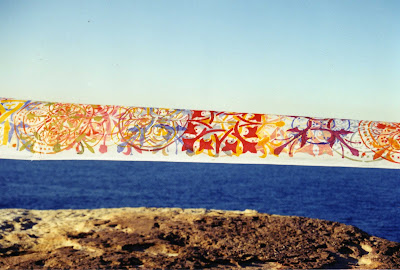 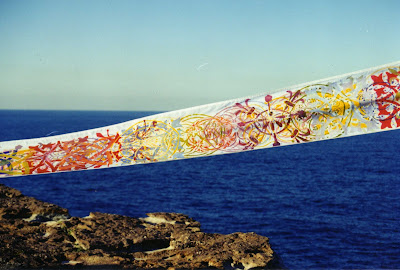 Posted by Kate Mackay at 7:14 PM No comments:

The ARTHOTLINE group had an exhibition and Book Launch at the Performance Space in July 1995, where the artists that had exhibited in various non-art spaces around Sydney got to show together in one space.  I had called my previous ARTHOTLINE works 'PROP I, II and III', so this was 'PROP IV'.  It was a number of small gouaches on coloured paper - the designs were actually the centre of the stencil designs that I had used for my previous ARTHOTLINE Prop exhibition as well as in a number of other works in various media.  Each of my PROP works had been site specific, so these were made to fit within the archway space of the gallery. 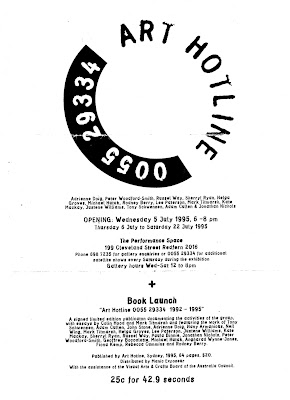 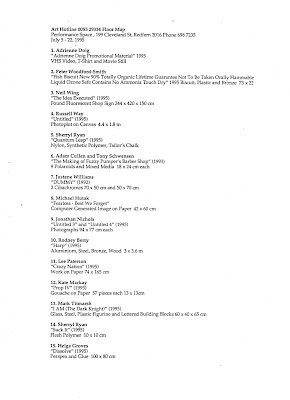 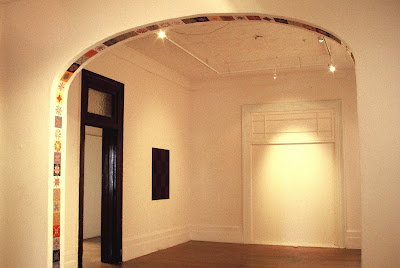 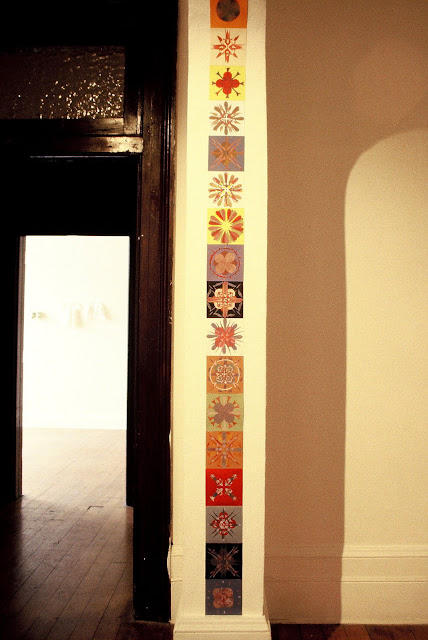 Posted by Kate Mackay at 2:11 AM No comments:

'Same Again' was my second exhibition at CBD Gallery.  It carried on from my show of the previous year called  'Same Paintings'.  It consisted of 3 paintings - 'Red', 'Yellow' and 'Blue' - with each painting being constructed using the same stencils re-configured in different ways.

Below is the flyer for the month's worth of shows at CBD as well as my individual flyer. 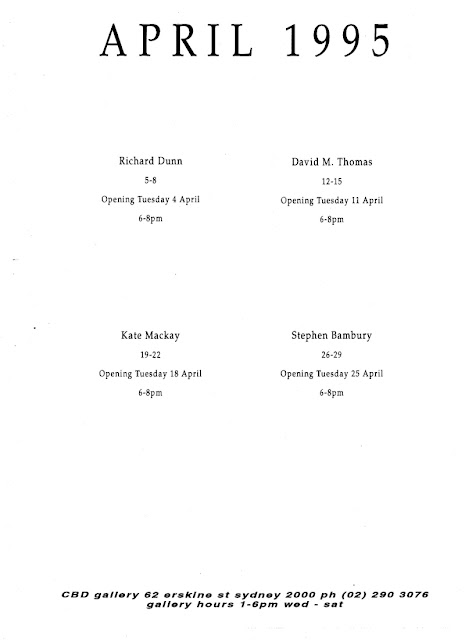 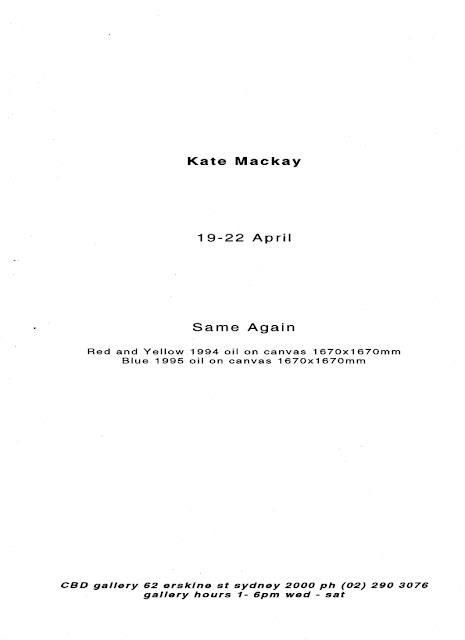 I found a couple of flyers for fundraisers that I was involved in at the time - one for CBD Gallery, and one for Pendulum -  great lists of artists! 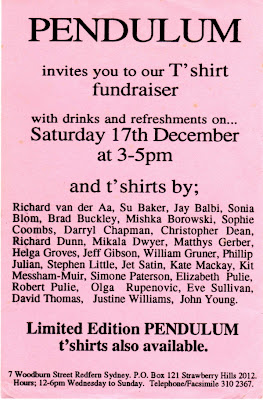 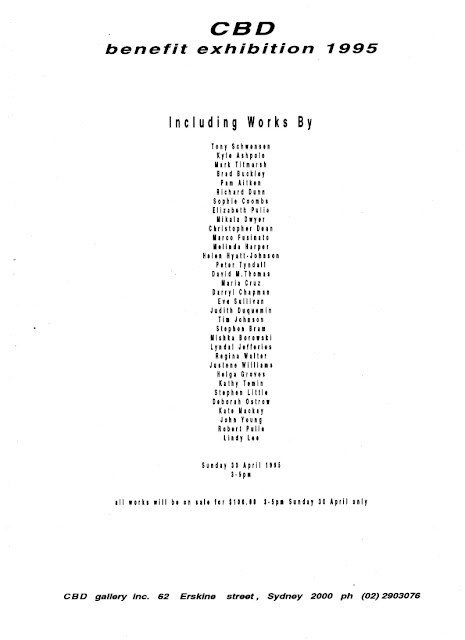 Posted by Kate Mackay at 1:15 AM No comments: